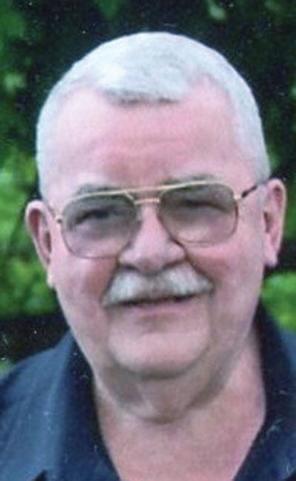 James “Jim” Henry Hoffschneider, age 76, of Ainsworth, passed away Thursday, Nov. 2, 2017, at Kearney.
He was born Sept.7, 1941, at York General Hospital to Clarence F. and Eleanora Ann (Scholz) Hoffschneider. He grew to manhood on the family farm near the Big Blue River in southern York County. Some of his free time was spent hunting, fishing, and camping near the river.

He received his elementary education at St. John’s Lutheran School near Waco and graduated from Waco High School in 1959. From October of 1950 to May of 1960, he was employed by Piper Hatchery and Farm Service in York. He was proud to serve his country in the Nebraska Army National Guard from Nov. 14, 1963 to Nov. 14, 1969. While in basic training at Fort Leonard Wood, Mo., he was awarded the Good Conduct Medal and Expert Marksman on the rifle range.
From May 1960 to December 1966, he was employed with his father in diversified farming and livestock production. For a short time in 1967, Jim was employed by the Jewel Tea Company, but quickly moved on to Household Finance Corporation of Lincoln and St. Louis, Mo., Small Loan Company Department. Also during this time, he was a Sergeant in the Nebraska Army National Guard based in York. He returned to the farm and was self-employed in swine production while completing his Army commitment.

In early autumn of 1968, Jim met his future wife, Cheryl Hansen, introduced by a family friend. On April 8, 1969, they were married by Pastor Don Ehlers, Cheryl’s cousin, at St. John’s Lutheran Church in Champaign, Ill., at a 6:30 p.m. candlelight ceremony. Jim’s brother, Dave, and wife Marja Susan were their attendants. After the ceremony, the bridal party enjoyed a festive dinner and celebration at Wheat’s Steak House in Champaign/Urbana. In November of 1969, he was recruited by the MoorMan’s Manufacturing Company of Quincy, Ill., as a Sales Representative, and then as a Sales Manager. Jim and Cheryl established their first home in York and then in 1970 moved to his Aunt Wanda Schultz’s farm near Waco. It was a busy, happy time, and three children enhanced their lives and enjoyment: Lise Marie, Charles James, and Paul David. During this time, Jim earned his associate degree in Animal Science through Liberty University, Liberty, Mo. and through the University of Illinois at Champaign/Urbana.

In the fall of 1973, Jim and Cheryl moved their young family to Sterling, so Jim could serve as District Manager. He was employed there until the family moved to Lincoln in 1977, where they became members of Calvary Lutheran Church; Lise, Chuck and Paul attended Calvary Lutheran School. On Oct. 18, 1981, the family moved to Ainsworth, where Jim was pleased to be employed by the Farmers Rancher’s Cooperative of Ainsworth, covering an 18 county area in the heart of the Sandhills region of north central Nebraska. Those 22 years literally flew by for Jim, Cheryl, and their family. He retired from the Cooperative in September, 2003.

Jim had varied interests and loved to read biographies, historical nonfiction, and other related county histories about North Central Nebraska. He also enjoyed genealogy. After his retirement, Jim and Cheryl traveled extensively throughout the United States and enjoyed the unique cultural attractions of each area they visited. Jim especially loved and admired the people and work ethic of the Sandhills, which is indeed special. A favorite activity was an autumn drive through the beautiful Niobrara River Valley in Brown, Rock and Keya Paha Counties.
“Only the rocks live forever,” but Jim’s heart will always be in the Sandhills and in his beloved York County.
Jim is survived by his wife, Cheryl, of Ainsworth; daughter, Lise (Lyndon) Wieseman of Lake Geneva, Wis., and their family: Laurelyn and Derek Sandkamp of Minneapolis; Laramie, Lanamarie, Liberty, Lincoln, and LuAnnabelle Wieseman; son, Charles (Cassidy) Hoffschneider of Fremont and their family: Hannah and Carl Coonfield and daughter Arya of Rogers, Ark., Morgan and Evan Hoffschneider and son, Paul (Audra) Hoffschneider of Lincoln and their children, Ava and Ryan. Jim is also survived by his brother Dave (Sue) Hoffschneider of Thomasboro, Ill. and his sister, Gretchen (Wes) Wheatley of Bloomington, Minn., along with many cousins, nieces, nephews and friends. He is also survived by long-time close friends, Ed and Carol Buresh of Great Falls, Mont. He was preceded in death by his parents, Clarence and Eleanor Hoffschneider.
Funeral services will be held at 2 p.m., Friday, Nov. 10, 2017 at St. John’s Lutheran Church, Waco with the Reverend Mike Neidow officiating. Visitation will be held at Metz Mortuary on Thursday, Nov. 9, from 1 - 8 p.m. with the family greeting relatives and friends from 6 – 8 p.m. that same evening. Private family inurnment will follow at a later date. Memorials may be directed to St. John’s Lutheran Church, St. John’s Lutheran Cemetery, or to the Ainsworth Public Library.