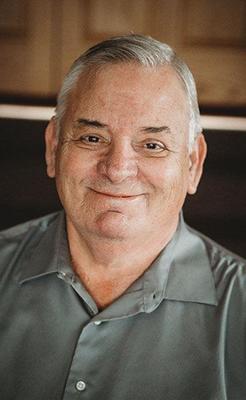 James (Jim) W. Bristol, 69, died Jan. 28, 2018 in Waco after a short battle with cancer.
Jim was born on Jan. 18, 1949 in York to Floy (Chambers) and Walter Bristol. He graduated from Utica in 1967. On Oct. 16, 1968, he enlisted in the US Navy.
Jim married his high school sweetheart, Marsha Bresee, on May 18, 1969. They relocated to China Lake, Calif. After being released from the military in October 1972, he worked for the Department of the Navy until returning to the family farm in September 1974.
Jim farmed for many years near Waco. He spent nearly the last 20 years at Kroy Industries in Henderson and York. In his free time, Jim enjoyed gardening and camping. Jim’s pride and joy were his two granddaughters.
Left to treasure his memory are his wife, Marsha of Waco; daughters, Michele Bristol of Columbus, Erinn (Chris) Criner of Lincoln, Katelin (Doug) Rood of Rockton, Ill.; granddaughters, Kellyn and Kynley Criner of Lincoln; mother-in-law, Martha Bresee of York; sister-in-law, Carolyn Bresee of Grand Island; brothers-in-law, Doug Bresee of Papillion and Todd Bresee of LaVista; sister-in-law, Cheryl Bristol of Columbus; nieces, nephews and cousins.
Jim was preceded in death by infant brother Dennis; older brother, Elvin and both parents.
Funeral services are scheduled for 2 p.m., Wednesday, Jan. 31, 2018 at St. John Lutheran Church, Waco with the Reverend Mathew Mau officiating. Interment with military honors will follow in the church cemetery. Memorials may be directed to family for later designation.
Visitation will be held on Tuesday from 2 – 8 p.m., with family greeting friends that evening from 6 - 7:30 p.m. at the mortuary.
Metz Mortuary, York is handling arrangements.
​
Condolences may be emailed to Metz Mortuary Messages will be given to the family.
Find our featured Mortuary in Family Services, Funeral Services and Grievance Services featured as a York, Nebraska Business in York Marketplace.
Location: Metz Mortuary | 109 South Lincoln Ave | York, Nebraska 68467 | Phone: 402-362-3351