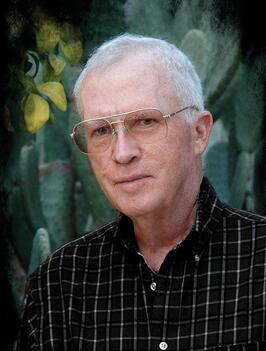 Services will be held at 10 a.m. on Friday, Oct. 2, at St. Joseph’s Catholic Church in York with Monsignor James Reinert officiating. Burial will be at Greenwood Cemetery in York. Visitation will begin Thursday at 1 p.m. at Metz Mortuary in York, with family greeting friends from 7-8:30 p.m.

Higgins was born July 9, 1924 in O’Neill to John and Hildred (Withers) Higgins. He and his wife, Dixie Higgins, owned and operated Higgins Studio in York from 1950 to 1990.

He was preceded in death by his wife in 2007 and their son, Blake Higgins, in 1999. He is survived by two sons, James Patrick Higgins II (Shirley) of Seward and Michael Higgins (Cecelia) of Reno Nev.; a daughter, Catherine Von Minden (Scott) of Lincoln; 14 grandchildren and six great-grandchildren; three sisters, Margaret McGraw of Fort Morgan, Colo., Ellen Young of Monte Vista, Colo. and Caroline Richards (Howard) of Santiago, Chili and one sister-in-law, Charlotte Blake of Sun City Ariz.
​
Condolences may be emailed to Metz Mortuary Messages will be given to the family.