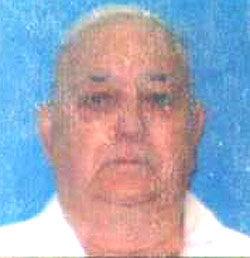 He worked for Sunflower Beef Packers in York, and in later years for Neville Construction. He was a member of the American Legion Bolton Post #19. He loved hunting and fishing, remodeling old houses, and having coffee with his friends. Spending time with his family was very important to him and his faith in the Lord remained strong throughout his life.
He is survived by his son, James A. Hatfield II; his daughter, Jan Hatfield; and his former wife, Ruby Hatfield, all of Kearney. Also surviving are his sisters-in-law, Betty Hatfield of Jefferson City, Mo., and Dorothy Hatfield of Plainfield, Ind.; and many nieces and nephews.

He was preceded in death by his parents; brothers, Ronald Hatfield and his wife Alice, Robert Hatfield and his wife Ann, Dean Hatfield and Burke Hatfield; sister, Esther and her husband Glenn Young; and a nephew, Michael Hatfield.
Graveside services will be held at 10 a.m., Wednesday, Oct. 18, 2017 at the Zion Lutheran Cemetery north of Shelton, with full military honors. Visitation will be held from 1-8 p.m., Tuesday, Oct. 17, 2017 at Metz Mortuary.
Memorials are directed to the family for later designation.