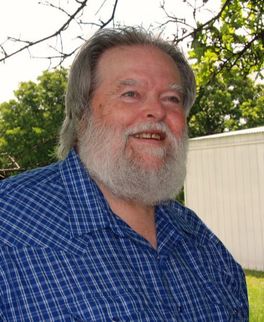 James Edward Brown, age 78 of Henderson, NE, died Wednesday, August 1, 2018 at his home.  He was born April 16, 1940 in Hagerstown, Maryland to Leroy and Violet (England) Brown.  James was a creative artist for Acton in Lincoln and also worked for Nebraska Public Television there as well. He loved to train dogs, follow politics and spend time with his family. He was united in marriage to Pamela Enders on October 2, 1991 in Oregon, MO.

He is survived by his wife Pamela of Henderson, son David L. (Sabrina) Brown of Lakeland, CO, daughter Allison (B.J.) Williams of Papillion, NE, and grandson Lucas Brown of Lakeland. Also surviving is his niece Addie Enders of Lincoln and great nephew Anthony Khalil also of Lincoln. He was preceded in death by his parents.

Memorial services are scheduled for 10:00 a.m., Saturday, August 11, 2018 at the Metz Chapel in York. Private family inurnment will be held at a later date. Memorials may be sent to his family for later designation. James has been cremated so there will be no viewing or visitation.