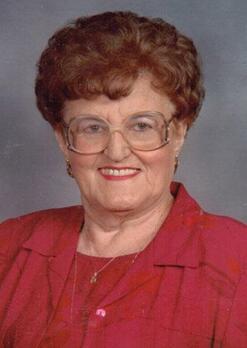 She was born Dec. 21, 1926 in McCool Jct. to Frederick and Lena (Smith) Whitemore. Isabelle was a teacher and taught in schools in and around McCool and Fairmont from 1945 through the late 1980s. Following retirement, she enjoyed summers spent in Estes Park working in a gift shop. She loved whatever sport was in season, dancing, traveling and being with friends and family. She enjoyed many trips but she always enjoyed coming back to her farm near McCool. Even after her stroke, she continued to cherish life and made the best of each day.

Funeral services will be held at 10 a.m. on Tuesday, Sept. 15, 2015 at First Lutheran Church in McCool Jct. Interment will follow in Pleasant Ridge Cemetery in McCool Jct. Visitation will be from 1-9 p.m. Sunday and from 9 a.m. – 9 p.m. Monday at the Mortuary. The family will greet friends from 6:30 - 8 p.m. Monday evening. Memorials may be directed to the McCool Legion Auxiliary or Tiny Images Pre-School at Fairview Manor.
​
Condolences may be emailed to Metz Mortuary Messages will be given to the family.