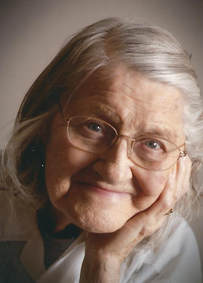 Irma “Beth” Gordan, age 88, of Seward, formerly of Bradshaw, NE died Saturday, April 21, 2018 in Seward, NE. She was born Irma Elizabeth Kotas at home in Monroe, NE on September 1, 1929, the oldest of William H. and Irma (Essex) Kotas. She graduated from Milligan High School in 1946 and attended Nebraska Wesleyan University for one year, earning her teaching certificate. She taught in Fillmore County Rural Schools District #44 and #95 for two years. She married Alvin L. Gordan on June 5, 1949, at the Milligan Methodist Church. Beth and Alvin lived in Meadow Grove, NE, where Alvin taught for one year. They then moved to Bradshaw to make their permanent home. They traveled to South Dakota for their honeymoon, and also to Texas, California, Idaho, Minnesota, Pennsylvania, Wisconsin and various states in between (traveling by car), as well as to Cancun, Mexico City, and several times to Hawaii. She loved to preserve garden produce that Alvin grew, crochet, sew clothes for her family, read books, and complete her family’s history. She was a 60 year member of the Bradshaw United Methodist Church, and was also a member of the Order of the Eastern Star (5 different Nebraska Chapters), lastly in Utica #199 for over 60 years.

She is also survived by her sisters Jeanie Holtmeier, Mary Ann Rut, sister-in-law Elisa Gordan, along with several nieces and nephews.

Alvin died in 2004, and she continued to live at home alone until May of 2016 when she moved into an apartment at Brookdale Senior Living in Seward to be closer to her daughter, Trish.

Funeral services are scheduled for 10:00 AM, Saturday, April 28, 2018 at the Bradshaw United Methodist Church in Bradshaw with the Reverend Karla Sheffy officiating. Interment will follow at the Plainfield Cemetery, west of Bradshaw. Visitation will be from 1:00 – 8:00 PM Friday, April 27, with her family greeting friends from 6:30 – 8:00 PM at the mortuary in York. Memorials are directed to family for later designation.