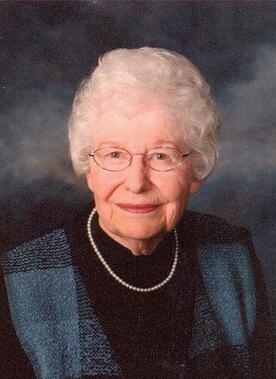 She was born March 8, 1927 in Stockham to Jacob and Susanna Kliewer (Goertzen). On Dec. 31, 1948 she married Charles J. Davis and to them three children were born Dana, Don and Joe. Hulda attended country school south of Hampton for eight years and graduated from Henderson High School in 1945 and attended Tabor College for one year. Upon her confession of her Faith, Hulda was baptized at the age of 13.

After her and Charlie were married in 1948, they joined the United Methodist Church in Waco. Hulda worked as a CNA at the York General Hospital and at the Women’s State Reformatory as a supervisor and assisted her husband at the Greenwood Cemetery. Hulda enjoyed reading, needle work, music and singing in the church choirs. Hulda was a member of the First United Methodist Church of York, the U.M.W. and Senior Exercise. Family meant the most to her, especially during the holidays.

Funeral Services are scheduled for 2 p.m. on Wednesday, May 25, 2016 at the First United Methodist Church in York with the Reverend Art Phillips officiating. Burial will take place in the Greenwood cemetery. There will be no visitation as cremation has taken place. Memorials are suggested to the First United Methodist Church in York.
​
Condolences may be emailed to Metz Mortuary Messages will be given to the family.