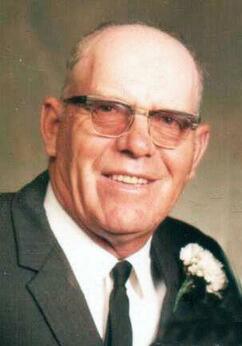 Howard and Violet Rusler were united in marriage on Aug. 25, 1937 at Mankato, Kan. The union was blessed with three daughters, Charlene, Jeanette and Sandra. Until retirement, Howard was a farmer in York and Seward Counties. He was an avid card player and enjoyed having coffee and visiting with his Bag-N-Save friends.

Preceding him in death are his parents; wife; four brothers; son-in-law, Leland Peters and one great grandson.

Funeral services will be held at 10 a.m. Tuesday, June 16, 2015 at the Metz Chapel in York. Interment will be in York’s Greenwood Cemetery. Visitation will be from 1-9 p.m. Sunday and from 9 a.m. - 9 p.m. Monday at the mortuary with the family greeting friends Monday evening from 7-8:30 p.m.  Memorials may be directed to the family for later designation.  ​