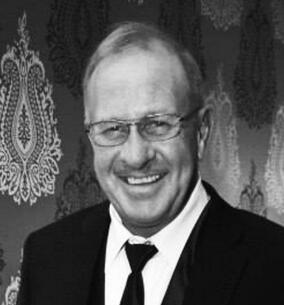 He was born Oct. 14, 1951 to Edgar C. and June (Kruse) Stuhr in York. Hollis was raised in the Lutheran faith at St. John Lutheran Church, south of Waco, where he was confirmed. On April 26, 1975, Hollis was united in marriage to Karen Gibbs in York.

Hollis had retired as a machinist from UTC Aerospace Systems, formerly Hamilton Sundstrand. He held membership in the Eagle’s Club and the NRA. He was an avid outdoorsman and loved to fish and hunt. Most of all, he enjoyed spending time with his family and doting on his grandchildren.

He is survived by his wife, Karen of Waco; son, Jesse Stuhr of Omaha; daughter, Michelle (Lee) Bowes of Lincoln and their children Henlee and Cooper. He is survived by a niece, Tasha Pfenning and several other relatives. Hollis also leaves behind his dog Buddy.

He is preceded in death by his parents and his brothers, Charlie and Timothy.

Funeral services are scheduled for 10 a.m., Thursday, March 16, 2017 at St. John Lutheran Church, south of Waco, with the Reverend Matthew Mau officiating.  Burial will follow in the church cemetery.

Memorials may be directed to the American Diabetes Association.​
Condolences may be emailed to Metz Mortuary Messages will be given to the family.