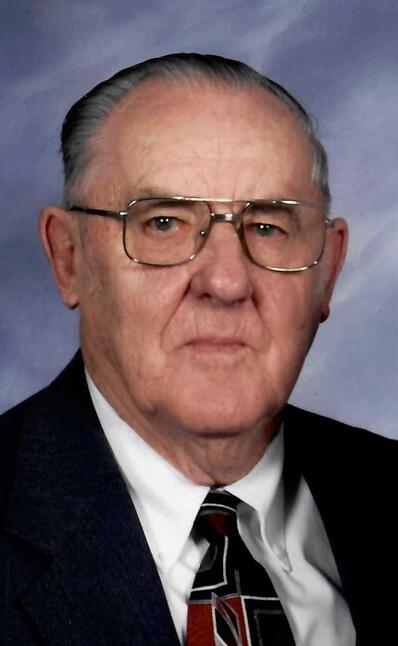 Harold R. Epp, son of Gerhard M. Epp and Helena (Huebert) Epp was born on January 7th, 1925, in York County, near Charleston, Nebraska. He went to be with the Lord on September 22, 2021, at the age of 96 at Legacy Square in Henderson, Nebraska.

Harold put his faith in Jesus Christ as his Savior, and he was baptized at the Bethesda Mennonite Church in Henderson, Nebraska. Harold attended School District 32 in York County Nebraska. He was a part of the Nebraska Rural School Chorus and sang at the State Capitol dedication.

Harold was united in marriage to Marie A. Friesen on August 30th, 1949 at the Bethesda Mennonite Church. They enjoyed 72 wonderful years and had four children: Beverly, Donna, Calvin and Raymond.

Harold was a crop farmer who enjoyed his craft until he retired. After his retirement he and Marie enjoyed traveling to all 50 states and wintering in South Texas for 25 years. Harold also loved to search for second hand treasures and attend auctions. He loved playing Rook, especially with his grandkids and great grandkids.

Preceding him in death are his parents, son Calvin Epp, granddaughter Renae Epp (Goertzen), two brothers and one sister.
Graveside services will be held at 2:15 pm, Tuesday September 28, 2021 at Bethesda Mennonite Cemetery, northeast of Henderson followed by a 3:00 pm Memorial Service at Bethesda Mennonite Church in Henderson. The memorial service will be livestreamed on the church’s website at http://bethesdamc.org/. Visitation will be held from 1-9 p.m. Monday with the family greeting friends from 7-9 p.m., at the mortuary in Henderson. The family requests that memorials be directed toward the Bethesda Church Broadcast Fund.
​
Condolences may be emailed to Metz Mortuary Messages will be given to the family.
Find our featured Mortuary in Family Services, Funeral Services and Grievance Services featured as a York, Nebraska Business in York Marketplace.
Location: Metz Mortuary | 109 South Lincoln Ave | York, Nebraska 68467 | Phone: 402-362-3351