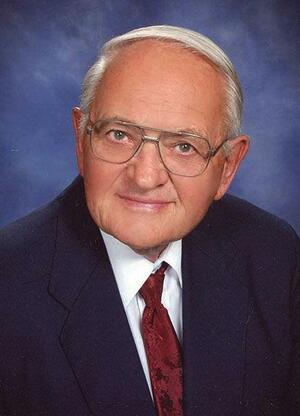 He was born Nov. 23, 1938 in York to Harold Sr. and Ruby (Mace) Deprez. On Aug. 26, 1961 Bud married Rose Mary Smejkal and to this union four sons were born: Dan, Jim, Greg, and Brian. Bud farmed in his early years, but most recently retired from Builder’s Warehouse, Kearney, in January of 2016. He was a member of the St. James Catholic Church in Kearney, and most recently, the St. Joseph Catholic Church in York. He served his country in the Army National Guard. Bud enjoyed volunteering his time with 4-H, attending cattle shows, collecting ‘Red’ tractors, and driving Ford vehicles exclusively. Bud also enjoyed gardening, the York Fun Club, and playing either 10 or 13 point pitch, attending Husker Football and Basketball games, and supporting his children and grandchildren.

He was preceded in death by his wife; parents and granddaughter, Morgan.

A Mass of Christian Burial is scheduled for 10 a.m., Thursday, Feb. 9, 2017 at St. Joseph Catholic Church with Monsignor James Reinert officiating. Burial will follow at St. Joseph Cemetery, York. A Rosary will be said at 6:30 p.m. Wednesday, Feb. 8 at the mortuary. isitation will be held on Wednesday Feb. 8 between the hours of 4 – 8 p.m., with family greeting friends after the Rosary service. Memorials may be directed to the family for later designation.

​​Condolences may be emailed to Metz Mortuary Messages will be given to the family.