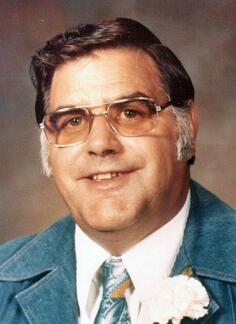 He was born December 19, 1930 at Sumner, NE to Ethyl and Dorothy (Mann) Watson. He was married to Dawnie Bramel on August 22, 1950 in Waynesville, MO. Watty worked for the City of York for many years operating the street sweeper. He was a member of the Ebenezer United Methodist Church in Waco, NE. He had many interests that kept him busy. He built miniature homes/buildings and collected rocks and Hummingbird plates. He also enjoyed fishing with Dawnie and his family. Watty was a huge Husker football fan as well as a fan of the Minnesota Vikings. He was very kind-hearted and generous and will be missed by his family and friends.

Preceding him in death were his parents, wife, and granddaughter Lindsey Dawn Watson.

Watty has been cremated and memorial services will be held at 10:00am, Wednesday, November 9, 2016 at the New Life Church of the Nazarene in York with Pastor Dave Martelle officiating. Inurnment will be in the Ebenezer Cemetery at Waco. The family will be present to greet friends at the mortuary Tuesday evening from 6-7:30pm.  Memorials may be directed to Adopt-A-Pet in York or to the family for later designation.​