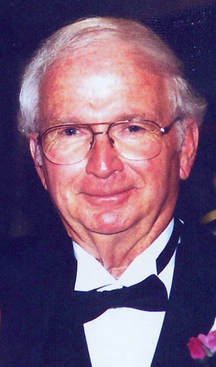 Hardy Leggett, age 88 of York, NE died Tuesday, October 23, 2018 at Lincoln, NE. He was born in Denver, Colorado on November 24, 1929 to Margaret (Tindall) and Walter Leggett. After the death of his father, they moved to York, NE where his mother owned an apartment house.

Even at an early age Hardy was a businessman, delivering papers for the York News-Times, worked at Hammers and Super Valu Grocery stores. After graduation from York High School and York College, he found his calling by becoming an Equitable Insurance Agent. Even though his mother objected to his choice -“Selling insurance was on the same level as a used car salesman!” He was tenacious; it was just easier to say yes to Hardy, than no. Because of his drive, he was very successful and received many awards. To cite a few: Legion of Honor National Citation award, The Order of Excalibur, Regional Honor Agent, Hall of Fame, Centurion 3 times, Summit Citation Award, 25 years of continuous membership in the Million Dollar Round Table, National Campaign Leader in 1979 and 1987, and Agency “Leader of the Year” multiple times.

Hardy was known for reading upside down when working with a client and giving his famous drips out of the bucket illustration. He never met a stranger, loved as he would say “working the crowd” and then asking “how old are you?” (Which many women didn’t appreciate). He said he never had been insulted, even when the door was slammed in his face or his briefcase thrown in the snow. A few of his Hardy-isms: “Never eat the chicken, but you can nibble on the wings”  - “You’ll never hatch a china egg” - “Even if it’s nothing more than a popcorn stand, own it” - “The pig will never get fat unless you feed it” -  And to finish up a deal and get a signature - “They hang the dog in a week!” He was loyal to his clients and even after retiring in 2016, after 63 years as an Equitable Agent, he continued to take interest in their welfare.

He loved a shot of Crown Royal, his dogs Truman and Winsor, a good steak if cooked to his standards, his BMW convertible, and his ever growing family.

He was preceded in death by his parents, his daughter Laurie, and son Brian.

In lieu of flowers or plants, donations may be directed to the York Community Foundation, York Adopt-A-Pet, or to the York Public Schools Foundation.

A gathering of family and friends will be held Monday, October 29, 2018 at the York Country Club from 4-7:00 p.m. Hardy has been cremated, so there will be no viewing, visitation, or services. Private family inurnment.