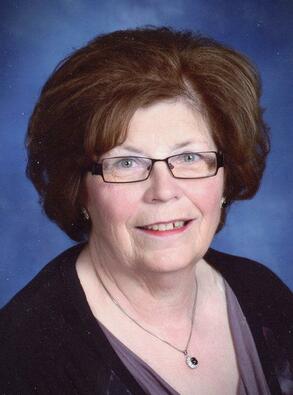 She was born May 5, 1943 at York, NE to Glenn and Evelyn (Hemberry) Folts.  Glenda grew up in York and graduated from York High School.  On November 6, 1966, she was united in marriage to James R. Jacobsen at York. Glenda was a licensed Cosmetologist.

Most recently she worked at Wal-Mart, where she was employed for 35 years. She was a member of the United Methodist Church in McCool Jct. and past president of McCool Jct. Ladies Auxiliary.  She enjoyed the many activities with the Senior Fun Club and spending time with her children and grandchildren.

Funeral services will be held at 10:00am, Monday, September 12, 2016 at the First United Methodist Church in York with the Reverend Ralph Gaines officiating.  Interment will be in Pleasant Ridge Cemetery, McCool Jct., NE.  Visitation will be from 1-8pm Saturday and Sunday at the mortuary with the family greeting friends from 2-4pm Sunday.  In lieu of flowers and plants, memorials may be directed to the McCool Jct. United Methodist Church.  ​