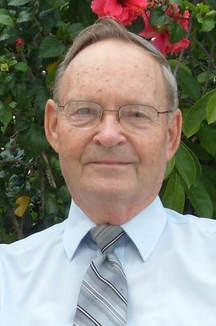 Glen Raymond Yung passed away Friday December 28, 2018 in York, NE. He was born December 8, 1933 in Kimball, NE to August and Alice (Burkey)Yung.  He grew up on a farm South of Kimball. Glen made his commitment to his Heavenly Father November 24, 1946 and started in the ministry December 17, 1952. He labored in Nebraska, Wyoming, and Utah sharing the gospel story until September 1964 when he went to New Mexico to have a part in the Spanish work. After spending 3 years there, he went to Mexico and stayed until 2004. Then he went to the Dominican Republic where he labored until returning to Nebraska in October of this year due to health problems. His love, kindness, and care for others will never be forgotten.

He is survived by his brother Lee Yung of Kimball, NE; sister-in-law Ethel Yung of Belle Fourche, SD; sister-in-law Grace Yung of Yuma, AZ; several nephews and nieces and a host of relatives and friends.

Funeral services are planned for 5:30 pm Sunday, January 6th, 2019 at the York High School Auditorium in York. Visitation will start at 3:00 pm, prior to the service.  Burial will be Monday Jan 7th, at 9:00AM at the Council Cemetery west of York.  Memorials may be directed to the family.