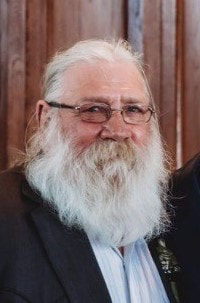 Gerald Alan Wiemer, age 68 of York, NE died Friday, March 18, 2022 at his daughter’s home in Portland, Oregon. He was born August 15, 1953 in York to Ralph and Bernice (Hoffman) Wiemer.  On December 6, 1974 he was married to Judy Wiemer in York. Jerry was a longtime member of Emmanuel Lutheran Church in York, loved sitting on the porch watching the neighborhood squirrels, laughing with his friends, spending his weekends at the cabin, watching football & golf, spending time with his boys, traveling with his daughter, backroad cruising & Busch Light.  He loved his cat, worked harder than anyone and always put his family first.

He was preceded in death by his parents, his wife Judy, his daughter Angela, his sister Elsie Ramsey (Donald Sr.), his brothers Bill (Janice), Gary, Bob (Sharon), Randy, Leon, and daughter-in-law Chantelle Wiemer.

Memorial services are scheduled for 2:00 p.m., Tuesday, April 5, 2022 at the Metz Chapel in York with the Reverend Mike Neidow officiating. Private family inurnment will be held at a later date. Memorials may be directed to his family for later designation. Jerry has been cremated. No viewing or visitation.
​
​Condolences may be emailed to Metz Mortuary Messages will be given to the family.
Find our featured Mortuary in Family Services, Funeral Services and Grievance Services featured as a York, Nebraska Business in York Marketplace.
Location: Metz Mortuary | 109 South Lincoln Ave | York, Nebraska 68467 | Phone: 402-362-3351