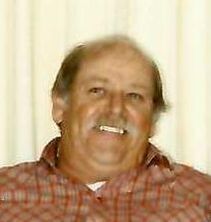 Jerry proudly served his country in the United States Air Force. He was a member of the Emmanuel Lutheran Church in York. Jerry was a longtime self-employed over the road truck driver and was an avid hunter.

He was preceded in death by his parents, granddaughter Alexa, father and mother-in-law and ex-wife Anne.

Memorial services are scheduled for 10:00 a.m., Thursday, June 9, 2022 at Emmanuel Lutheran Church in York with the Reverends Mike Neidow officiating. Inurnment with military honors will follow at Greenwood Cemetery in York. Cremation, no visitation or viewing. Memorials may be directed to the family for later designation.
​
​Condolences may be emailed to Metz Mortuary Messages will be given to the family.
Find our featured Mortuary in Family Services, Funeral Services and Grievance Services featured as a York, Nebraska Business in York Marketplace.
Location: Metz Mortuary | 109 South Lincoln Ave | York, Nebraska 68467 | Phone: 402-362-3351