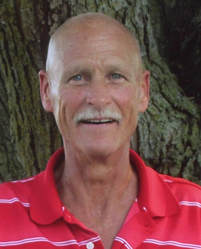 Gerald “Jerry” Michael Ray Peters age 60 of Waco, NE, passed away Sunday, April 1, 2018 in Lincoln. He was born January 30, 1958 in York, NE to Lloyd and Donna (Rohde) Peters. Jerry was a 1976 graduate of York High School.
Jerry lived for several years in Glenwood Springs, CO where he started working at Tractor Supply Co. He later moved back to the York area to be closer to his family. Jerry worked in management for Tyson Foods in Lincoln for 15 years and then worked in management for Tractor Supply Stores for 7 years. Most recently he worked at XPO Logistics.
Jerry enjoyed playing golf, mowing yards, and tinkering in his garage. He also enjoyed Colorado, any kind of outdoor activities, and spending time with his children.
Survivors include his son Jaylon Peters of Lincoln, NE; daughter Madelin Peters of Omaha, NE; mother Donna Nienhueser of York, NE; brother Gene Peters of Montana; and the mother of his children Donna Osentowski of Lincoln. He is also survived by several aunts, uncles, nieces, nephews, cousins, and a host of friends.
Jerry was preceded in death by his father, brother Greg, and both sets of grandparents.
A Celebration of Life Service was held at 2:00 pm on Saturday, April 14, 2018 at the Metz Chapel in York with the Reverend Loren Cooper officiating. Cremation. Memorials may be directed to the family for later designation