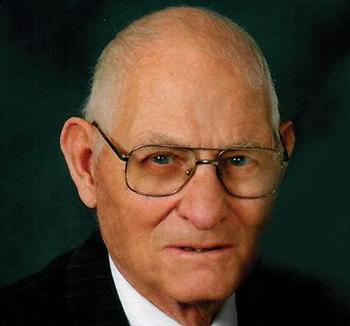 Gerald “Jerry” W. Hinze, age 92, of York, died Saturday, March 24, 2018 at York.
He was born on April 23, 1925 to Victor and Lenora (Dey) Hinze north of Thayer. Jerry served his country as a member of the United States Army during WWII. On Oct.12, 1949 he was united in marriage to Ardith Brooke at York and together they farmed near Thayer in York County. He had been on the Thayer School Board and the FHA Board in York for many years and thoroughly enjoyed his family and all of their activities.
He is survived by his wife, Ardie of York; son, Dr. Randy (Deborah) Hinze of Columbus; son, Scott (Brenda) Hinze of Waco; daughter, Chere (Ken) Epke of Papillion; seven grandchildren and fourteen great-grandchildren. He was preceded in death by his parents.
A Mass of Christian Burial is scheduled for 10 a.m. Wednesday, March 28, 2018 at St. Joseph Catholic Church in York with the Reverend Monsignor James Reinert officiating. Burial with military honors will follow in St. Joseph Cemetery in York. Visitation will be from 1 – 4 p.m., Tuesday afternoon at the mortuary and then beginning again at the church starting at 5:30 p.m. Jerry’s family will then greet friends until the Rosary Service which begins at 7 p.m. Memorials may be directed to Donate Life or to the church.
Metz Mortuary in York is handling arrangements.