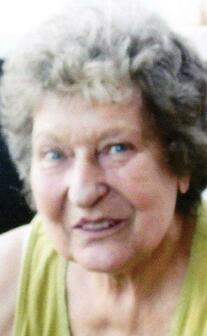 Jean had worked previously at 7-11 and the Waco Truck Stop. She enjoyed gardening, baking, crocheting, flowers, and her cats. Most of all, she loved her family and spending time with her grandchildren and great-grandchildren.

She is survived by her children, Herman “Dale” Hamilton of Lincoln, Helen (Mark) Dittmar of Utica, Kevin Hamilton of York, Roger Hamilton of Gresham and Tim (Kris) Hamilton of Stromsburg; grandchildren, Daniel Sperling (Ashley Cobb) of York, Stephen (Brittnay) Dittmar of Geneva and Robin Hamilton of York and eight great-grandchildren, with one on the way. She is also survived by her twin brother, George Wiebe of St. Louis, Mo. and several nieces, nephews and cousins.
She was preceded in death by her parents; husband; two sisters; two brothers; two nephews and one niece.
​
Funeral services are scheduled for 10 a.m., Saturday, July 1, 2017 at Metz Chapel in York with Marion Zook officiating. Casual dress is encouraged. Burial will follow at Cedar Lawn Cemetery in Gresham. Memorials may be directed to the family. Visitation will be held from 1 p.m. – 8 p.m. Friday at the mortuary, with the family greeting friends between 6 – 8 p.m. that evening.