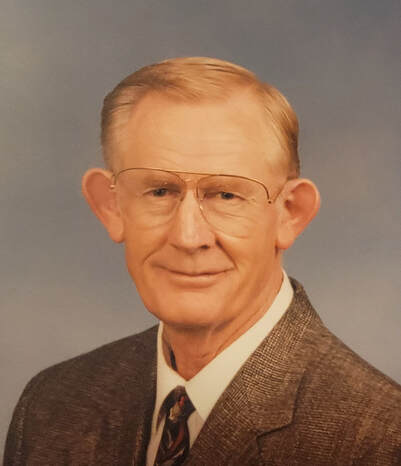 George Henry Middleton, age 88 of York, NE died Saturday, July 9, 2022 at his home surrounded by his family. He was born in Burley, Idaho on October 5, 1933 to J. Chester and Lucretia Middleton. He was the second of six boys.

When he was a young child, his family moved to Vernonia, OR, later moving to Springfield, OR. Throughout his school years, he loved playing baseball and basketball. From 1956-1958, George served his country as a member of the United States Army Corps of Engineers in Germany, and continued to play baseball and basketball, where he played with and against collegiate and professional players.

In 1964, George was a supervisor in the plywood industry where he was transferred to the south. In 1969, their son Darren Middleton was born in Lufkin, TX. In 1977, the family moved to Nacogdoches, TX where they stayed until they retired to York and have lived for 20 years.

George is survived by his wife Valerie Middleton of York, daughters Gorgene Middleton and Jolene Middleton, both of Henderson, and son Darren Middleton of York. He was preceded in death by his parents and six brothers.
​
A memorial service will be held at 2:00 p.m., Monday, July 18, 2022 at the Metz Chapel in York with the Reverend Rod Goertzen officiating. Private inurnment will be in York’s Greenwood Cemetery. Cremation. No viewing or visitation.  In lieu of flowers or plants, memorials may be directed to the American Cancer Society.