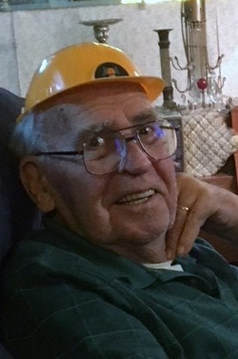 George D. Crawford, age 85, of York, NE passed away Wednesday, June 20, 2018 at York. He was born August 15, 1932 in Ansley, Nebraska to Lewis and Florence (Fox) Crawford. George served his country in the United States Army. On May 12, 1962, he was united in marriage to Mary L. Elliot in Holstein, NE. He farmed for part of his life, but worked 37 years for NPPD as a line foreman. He and Mary were members of First United Methodist Church in York, the York VFW, American Legion Bolton Post #19, Lions Club, and the Habitat for Humanity. He also enjoyed bowling, volunteering for the Red Cross, Meals on Wheels, along with hosting 39 foreign exchange students. His main love was his family, and spending time with his wife, children, grandchildren and great-grandchildren.

He is preceded in death by his parents, daughter Evelyn, brothers Andrew, Victor, and sister Eunice.

Funeral services are scheduled for 10:00 am, Monday, June 25, 2018 at the First United Methodist Church in York with the Reverend Art Phillips officiating. Interment with Military Honors to follow at York’s Greenwood Cemetery. Visitation will be held from 1:00 – 8:00 pm Sunday, with the family greeting friends from 4:00 – 5:30 pm Sunday evening at the mortuary. Memorials may be directed to First United Methodist Church, York.