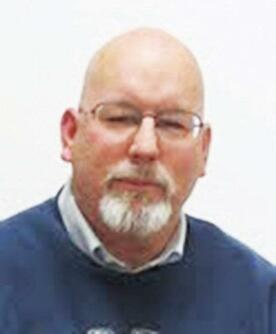 He was born Jan. 2, 1952 at Sartori Hospital in Cedar Falls, Iowa to Cornelius and Wanda (Waddingham) Fischer of Dike, Iowa. He attended the Dike Community Schools, graduating in 1970. He graduated with a B.A. in Education from the University of Northern Iowa in 1975 and from Kearney State College in 1987 with an M.A. in Special Education. He began his career as a teacher and administrator with the Head Start program in Waterloo, Iowa, working there four years. The remainder of his career was as a special education teacher in the York Public School teaching there for 35 years. He received the ARC teacher of the year award in 1987 as well as the Golden Apple Award Teacher of the Year, 2012-13. After retiring, he substitute taught at several local schools.

In his early adult life he experienced many adventures including going on an African safari and he partook in two archeological digs, one in Ireland and the other at the Four Comers. He also enjoyed riding his bicycle and rode the RAGBRAI and BRAN as well as local trips almost every day during the summer. He played Santa at Friendship Village in Waterloo, Iowa, at YHS, McCool Junction schools and at various community events. He was a long time public address announcer for York High School sporting events, the Central Conference Basketball Tournament and American Legion baseball. He had a longtime interest in the history of old houses and highways. He had served several terms with the Village of Fairmont board and also served as their chairman. He also wrote a weekly column in the York News-Times which he was very proud of. Another of his loves included going to coffee with the locals! He rarely missed an opportunity to tell a good story!

He married Mary Kathleen Liegl Boyes in 1999 at York and instantly became a grandfather as his first grandchild, Makenna, was born the day before the wedding! His grandchildren, nieces and nephews were very special to him. He was preceded in death by his parents; sisters, Pamela, Carol (Kurt) Kelly, Mary (Bruce) Goldenstein; brother, Neal (Betty) Fischer; nephew, Eric Fischer and step-son, Richard Boyes. Left to cherish his memory are wife, Kathy of Fairmont; sister, Jane (Tom) Shea of Waterloo, Iowa; brother, Jon (Kay Johnston) Fischer of Waterloo and step-children, Jennifer West, Makenna and Kynsley of York and Tony (Stephanie) Boyes, Katelyn, Ethan, and Brayden of Omaha and numerous nieces and nephews.
​
A memorial service will be held at 10:30 a.m., Monday, Oct. 24, 2016 at the Metz Chapel in York.  Private family inurnment will take place at Greenwood Cemetery. Cremation has taken place.  The family will greet friends Sunday evening from 5 – 6 p.m. at the mortuary. Memorials may be directed to the family to be divided equally between the American Legion Baseball Program, York Public School Foundation or Restore America.