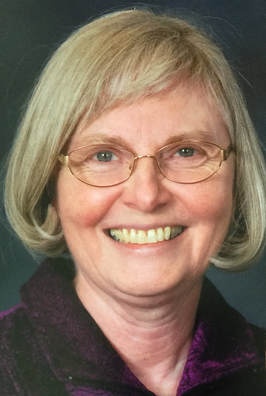 Gayla Ann Fox was born May 3, 1941 in Beaver Crossing, Neb., to Gale and Eulalia (Trueblood) Fox. The first born to a young, feisty and hard-working Irish-German couple, she became the eldest perfectionist leader and model for her four trailing siblings. Intelligent and energetic, she excelled in the classroom and in activities with her sisters and led by her mother, including baton-twirling and sewing. The family moved along her father’s railroad jobs on Chicago and Northwestern, and lived for some time in Exeter, where she attended grade school and graduated from high school in 1959. Her high school sweetheart Frank Harre became her husband on Nov. 28, 1959 in a large family wedding at St. Stephen’s in Exeter.  Between high school graduation and her wedding she worked in Lincoln at St. Elizabeth Hospital. The couple settled in Exeter.

As newlyweds Gayla and Frank suffered tragedy in 1960 and 1961 when their two premature infant boys died at birth, but were thrilled in December 1961 when Kevin arrived, followed by only daughter Kelly, and son Kurtis. In 1965 the family moved to York where Frank was employed by JP Cunningham Co., and Gayla, as a full-time parent, modeled a new generation of involved moms. Gayla was scout leader, music master, room mother, sideline watcher and cheerleader, a fierce advocate for her children and her children’s friends. The mom who, not liking discomforts of heat, bugs and sleeping bags, led the Girl Scout camping trips. Who identified and executed crafts and all types of lessons and excursions for the kids, their friends, neighbors and classmates. When Gayla’s three children learned to play instruments, she learned right alongside them, eventually becoming an accomplished guitarist and teacher and leader of several youth and adult guitar groups for St. Joseph Church. Gayla had a keen appreciation for contemporary Christian and folk music which she loved to share with her faith community and friends, and with her family. The “family guitar band” played for several weddings and special events and she enjoyed planning for and performing for all types of celebrations.

Gayla developed her own home business sewing, working on projects while the kids were asleep or busy – things like alterations, hemming and other basic sewing, including the kids’ clothes, and higher-end items like brides’ and bridesmaid dresses, decorative items, and eventually draperies. She established Gayla Drapery and operated her own business for more than 30 years, creating custom draperies and window-coverings (which daughter Kelly helped hem and finish and Frank installed and hung) but also did color and wall-covering consulting and custom-ordering of window blinds and shades.

Gayla and Frank made an effort to attend every game and performance of the three kids and were faithful York Duke, Legion baseball and Angels softball fans. They also were devoted to St. Joseph Church. Gayla was confirmed as a Catholic later in life and appreciated her faith community and supported St. Joseph School as a volunteer music teacher and became a leader in the Cursillo movement, eventually becoming active in several women-to-women and couples prayer groups, teaching high school CCD classes with Frank, and other activities. She was an early adopter of technology and enjoyed learning personal computing, creating cards for her large family on all occasions, and eventually learning bookkeeping. She kept the books and was business manager for Harre Construction and Townhouse Apartments for many years until she became ill.

When Gayla became a grandmother, her focus became care-taking and sharing her joy with her grandchildren, and she worked to lead her newest generation to love God and become hard-working and creative spirits like herself. She enjoyed spending time at their cabin, talking about politics, enjoying music, and friends.

Gayla’s common speech or mantra to her tribe was “acceptance with joy.” The kids and grandkids would tire of hearing her chirp “Acceptance with joy!” whenever a trial was difficult or annoying, referring to joyfully accepting all that God assigns. When Gayla began suspecting and eventually learned that her cognitive functions were failing, she of course approached her challenge as something that she would “accept with joy.” Over 15 years she experienced the gradual decline of her memories, communication ability, motor skills and everything from taste and smell to sight and sound, and she nevertheless found a way to laugh. Somehow, while her mental ability, personality traits and motor function declined day by day, her laugh was the last to go and her smile never faded. The glimmer in her eye dulled, but was still shining. Mostly, it was ignited in her gaze at Frank. Through her decline, Frank was the constant that would evoke a smile, laugh and wink, and the two maintained a communication that transcended speech. Although more difficult than anyone can imagine, Gayla accepted her dementia with joy.

Gayla moved to the Hearthstone in April 2014 and quickly became the caretaker of her friends on her wing, moving through everyone’s room and “helping” them. Her family is indebted to her Hearthstone family of caretakers, who understood her needs without her being able to tell them, who became Frank’s friend, and who helped make her last years fulfilling. Also to Frank’s friends at the Warehouse for being there for him.

Funeral Mass will be 10 a.m. Thursday, June 14, 2018 at St. Joseph Church with Msgr. James Reinert. Rosary at 9:15 a.m. at the church prior to services. Music in church was Gayla’s primary joy. It would be her wish for everyone to bring any type of instrument or soundmaker and make a joyful noise in the spirit of Psalm 100 at her Mass of Celebration at her entry to heaven. Visitation begins 1 p.m. Wednesday at Metz Mortuary in York. The family will receive guests at from 4-6 p.m. Wednesday at Metz Mortuary.