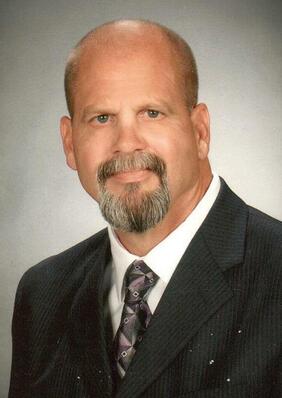 Gary Everett Lillich, age 62,  of York, went to his heavenly home to be with his Father on Monday, Nov. 10, 2014 in Dalhart, Texas, the result of a work related accident.

Gary was the youngest of three children, born on June 24, 1952 in Deshler to Everett and Evalin (Vieselmeyer) Lillich. He was baptized on July 13, 1952 at St. Peter’s Church in Davenport and confirmed by Pastor Leege at Centennial Lutheran Church in Superior on April 24, 1966.

Gary was a talented athlete participating in football and track in school, winning many awards. He graduated from Superior High School in 1970 and attended the University of Nebraska.

On Sept. 23, 1979, Gary and Pam Blum were united in marriage at Emmanuel Lutheran Church in York. Their daughter, Amanda Mae, was born on Aug. 23, 1982. Their family lived and farmed near Bostwick by the Republican River. Later they moved to York where Gary farmed and worked for local seed companies. Gary purchased his own semi-truck and hauled irrigation pivots for Lindsay Irrigation for over 20 years.

Gary earned a Sixth Degree Black Belt in Taekwondo martial arts and was inducted into the World Martial Arts Hall of Fame in 1993. He taught students of all ages in both Superior and York. For several years, he coordinated the Taekwondo competition at the Cornhusker State Games in Lincoln.

Funeral services will be held at 1 p.m. Saturday, Nov. 15, 2014 at Emmanuel Lutheran Church in York with the Reverend Mike Neidow officiating. Gary will be cremated following the service.  Visitation will be from 5-9 p.m. Thursday, and 9 a.m. - 9 p.m. Friday at the mortuary. The family will be present to greet friends from 7-8 p.m. Friday evening. In lieu of flowers memorials may be directed to the family.​