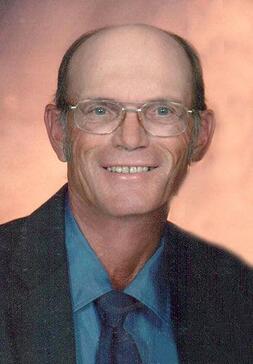 Gary Earl Blum of McCool Junction peacefully entered into eternal rest surrounded by those who he loved and who loved him.

Gary was a thankful and thoughtful man with a servant’s heart. Fittingly, Gary returned to Jesus on Thanksgiving.

Gary was born on May 13, 1952 to Elmer and Hermie Blum of McCool Junction. He was raised with his younger brother Larry and his younger sister Sherry. Gary spent his life well, working the soil alongside his father and uncle. Eventually Gary and his brother Larry took over the family business, working with each other daily to further the legacy that was begun by their dad and uncle.

Gary was kind and eager to help anyone that he could. He loved life because he loved relationships. He was honest, patient and practiced an enviable dedication to hard work and achievement.

Gary is survived by his wife, Regina Blum, his son and daughter in-law Ben and Nikiki Blum and their children, his son and daughter in-law Nate and Kelli Blum and their children, his first wife, Lottie Watson, his brother and sister in-law Larry and Beverly Blum and his sister Sherry Blum. Gary is also survived by several nieces, nephews, step-children and all who knew and loved him as friends and acquaintances.  He was preceded in death by his parents and one brother, Tary Blum.

Funeral services will be held at 10 a.m. Wednesday, December 2, 2015 at First Evangelical Lutheran Church in McCool Jct., Neb. with the Reverends James Sells and Tobi White officiating.  Interment will be in the McCool Cemetery. Visitation will be from 5-9 p.m. Monday and 9 a.m.-9 p.m. Tuesday at the mortuary. The family will be present to receive friends Tuesday evening from 6-8 p.m. Memorials may be directed to First Evangelical Lutheran Church in McCool Jct.
​
Condolences may be emailed to Metz Mortuary Messages will be given to the family.