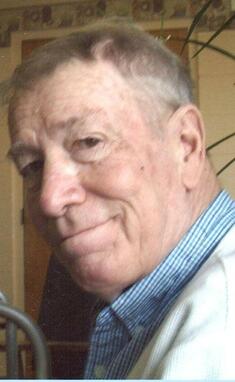 Merritt was a 1962 graduate from York’s St. Joseph High School, where he won many athletic awards. He worked at the Sunflower Beef Packing Plant and Otoupal Insurance. Merritt was an active volunteer with the Elks Hoop Shoot for 15 years, and he enjoyed golfing and was a member at the York Country Club. Merritt will be remembered for his bright disposition and his friendly personality.

Merritt was preceded in death by his parents and his brother, Gary.
​
A Mass of Christian Burial will be held at 10 a.m., Thursday, July 20, 2017 at St. Joseph Catholic Church, York with the Reverend Denton Morris officiating. Private family inurnment will be held at a later date at St. Joseph Catholic Cemetery. A Rosary service will be held at 5:30 p.m., Wednesday, July 19, 2017 at Metz Chapel in York. Visitation will be held from 1-8 p.m., Tuesday, July 18, and 9 a.m. until 8 p.m., on Wednesday, with the family greeting friends after the Rosary service.
Memorials may be directed to the family for later designation.