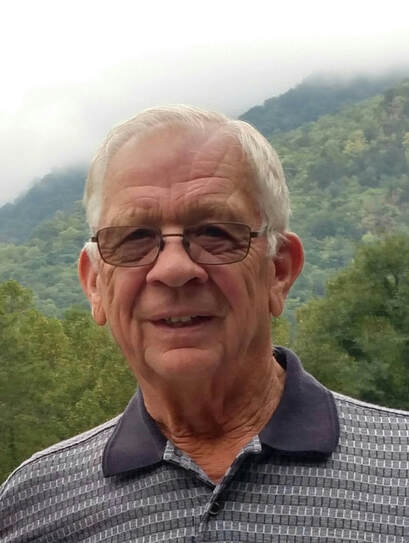 Frederick Lau Weisheit, age 82 of Lushton, NE, passed away on December 5, 2022 at the Legacy Square in Henderson, NE, where he spent the last few weeks of his life, as he fought a 2 ½ year battle with cancer.

Fred was born on June 6, 1940 to Frederick G. and Selma (Lau) Weisheit in Lincoln, NE, and spent his growing up years on the family farm northeast of Elmwood, NE. He was the eldest of three children. Fred publicly confessed his love Jesus Christ, and became a confirmed member of the Lutheran Church Missouri Synod in rural Louisville, NE, and also attended Elmwood Public School, graduating with the class of 1958. It was during this time that his love for everything rural and outdoors developed. Rather than attending college, he continued with his passion in agriculture and scrap iron, always having a willing heart and hands to help area farmers put up hay, scooping corn, running a corn sheller and driving truck.

His younger years were spent with the family going on fishing trips and having picnics nearby as often as they could. His love for the outdoors spilled over as he raised his own family to enjoy camping trips, even building his own camper for his family that they eventually outgrew! Fred was a humble man, a little onery, always content, often finding the best in every situation, living life to the fullest….simply.

In 1962, Fred met Betty Friesen on a blind date that had been arranged by his younger sister, Mary. Within a year they were engaged, and married on March 24, 1963. Fred and Betty began their married life in Cass County NE, and within six short months moved to a farm west of McCool Junction, to continue farming with Betty’s family. They later established their home on the south end of Lushton, where he dabbled in scrap iron along with raising livestock and farming. He and his sons owned a salvage yard for many years on their family farm. He took pride in the fact that his grandsons want to carry on this legacy that he once started. Going to auctions was a huge highlight for Fred, no matter how extreme the weather conditions were! He spent hours outside tending to his acreage, planting a bountiful vegetable garden, tending to many planted flower beds, gathering eggs, often taking the time to stop and smell the roses while listening to the birds he fed faithfully. Rain or shine, and even hurting in his later years after a chemo treatment, Fred could be found in his shop forging forward with patience as he sorted and tore apart anything that he could scrap. His hands didn’t sit idle, even bringing small items to the front porch to fidget with while enjoying time with his bride of 59 years.

In addition to farming, Fred worked at Henderson Irrigation. Upon retiring from farming in 1994, he continued to punch the time clock at York General Hearthstone in York, and York County Courthouse working in the maintenance department at both, all while his love of caring for the land continued. Fred enjoyed working in town, working alongside many wonderful people.

Fred joined Bethesda Mennonite Church in Henderson on his birthday in 1964, and enjoyed working with the Mennonite Disaster Service cleaning up after storm devastations, and also served in various other ways including being the purchasing agent for the MCC Relief Sale for many years. He and Betty enjoyed traveling with the York Fun Club.

A special “Thank You” to the entire staff at Legacy Square and Tabitha for adding to Fred’s life story. You all made his stay more comfortable. Our family appreciates each and every one of you!

A Celebration of Life service is scheduled for 3:30 p.m., Friday, December 9, 2022, at Bethesda Mennonite Church in Henderson with the Reverend Chelsea Vaught officiating. Burial will be held prior to the service at 2:45 p.m., at the Bethesda Mennonite Cemetery, northeast of Henderson. Visitation will be held from 1-9 p.m. on Thursday at Metz Mortuary in Henderson. His family will not be present to greet guests on Thursday, however they will be present on Friday from 1-2:30 pm to greet friends at the mortuary prior to burial. The service can be viewed by going to https://Bethesdamc.org/watch-live. In lieu of flowers or plants, memorials may be made to Legacy Square, Yorkshire Playhouse or Nebraska MCC.


​Condolences may be emailed to Metz Mortuary Messages will be given to the family.
Find our featured Mortuary in Family Services, Funeral Services and Grievance Services featured as a York, Nebraska Business in York Marketplace.
Location: Metz Mortuary | 109 South Lincoln Ave | York, Nebraska 68467 | Phone: 402-362-3351