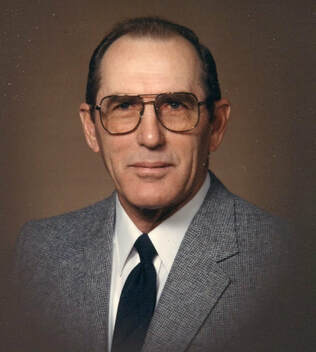 Frederick Regier, age 87 of Henderson, NE passed away on Wednesday, March 27, 2019 at Henderson. Fred was a resident of the Henderson Care Center at the time of his passing. Fred was the middle child of five, born July 13, 1931, to David and Elizabeth Regier. He attended grade school in Lushton, NE, District No. 37, and graduated from Lushton High School in 1949. He was baptized in and became a member of the Bethesda Mennonite Church on May 28, 1950.  Fred married Betty Ann Peters on January 2, 1953. Completing two years of 1-W service at the Topeka State Hospital in 1954. Desiring to start his own cattle business he established the Circle Five Feedlot with four partners, originally on the farm 4 miles east of Henderson and then relocating to its current location 2.5 miles south of Henderson in 1972. Fred enjoyed expanding the feedlot with locations in Fairmont, Imperial, and ranches in Loop City and Brewster, NE. His hobbies included bear and moose hunting in Alaska, salmon and halibut fishing, and scuba diving in exotic locations. He spent every Wednesday night in his retirement hosting a poker game, grilling steaks, and always offering fruit pies for dessert. He prided himself in building a home for his wife and owning Harley Davidson motorcycles and an SSR convertible.

Graveside services are scheduled for 9:45 am., Monday, April 8, 2019 at the Mennonite Cemetery southeast of Henderson with the Reverend Andrea Wall officiating. Memorial services to follow at 10:30 am at the Bethesda Mennonite Church in Henderson. Visitation will be Sunday, April 7th from 1-9:00 pm Sunday with his family greeting friends that evening from 7-9:00 pm at the mortuary in Henderson. Memorials may be sent to Bethesda Mennonite Church or to Henderson Healthcare.