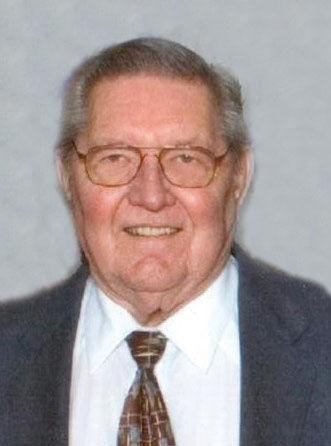 Fred Duane Jackson, age 85, of York, passed away peacefully Tuesday May 3, 2016, at his home in York surrounded by his loved ones.

A few days before his death, he told his daughter, “I’ve had a happy life.”

Fred was born Aug. 12, 1930, in Hebron to Louie and Anna (Schroeder) Jackson. Fred grew up on a farm near Belvidere. He married JoAnn (Dow) in 1951 and they had six children together. After graduating from Belvidere High School in 1947, Fred enlisted in the United States Air Force, serving his country at the Holloman Air Force base in New Mexico. His work there, in the photography labs, led to a life-long love of photography. After his service, he returned to Belvidere to farm.

Fred had the opportunity to become a rural mail carrier for the Belvidere area. Fred not only delivered the mail but also was always willing to pull someone out of a ditch or stop and help with a chore. His grateful customers showed their appreciation at Christmas with plates of cookies and fudge. Fred also owned and operated the Belvidere Bar and Steakhouse for 15 years, providing many evenings of good food and entertainment to the surrounding area. Fred transferred to York in 1974 to continue work as a rural mail carrier.

He met his wife Tami Scripture in 1985 in York. In September of 1992, they were united in marriage in Columbus. Fred and Tami were blessed with one daughter.

Fred celebrated his retirement from the U.S. Postal Service in 1989, after serving for 33 years.

Fred was a proud 55-year member of the Elks Lodge #1024. He was awarded Elk of the year in 2005. He loved spending time there with his friends, telling stories, playing cards and solving the world’s problems. He loved fishing and hunting and was an avid gardener and woodcraftsman. Many of his woodworking projects were lovingly made as gifts for his grandchildren. Spending time with his family and friends was his greatest joy. Fred had a big heart and was always willing to do anything for his family, friends and even strangers. He truly lived life to the fullest.

Fred was the patriarch of a large and loving family. He is survived by his wife, Tami of York; his children, Cathy Jackson of York, Karen (Ken) Jackson of Santa Cruz, Calif., Rick (Rochelle) Jackson of Sutherland, Sandy (Bob) Bettger of Fairmont, Sue (Kip) Watkins of Tucson, Ariz., Jan (Leon) Holloway of Lincoln and Stephanie Jackson and fiancé, Zac Schuessler of York; his brother, Bill and wife Jo Jackson of Cheyenne, Wyo.; 15 grandchildren; 17 great-grandchildren and a host of nieces, nephews and special friends.

Preceeding him in death were his parents; sister, Norma Dill and brother, Arnold Jackson.

Memorial services will be held at 2 p.m. Friday, May 6, 2016 at First Presbyterian Church in York with the Reverend Mike Eickhoff officiating. Inurnment will be at a later date. Memorials may be directed to the family for further designation. There will be no viewing or visitation as Fred was cremated.​