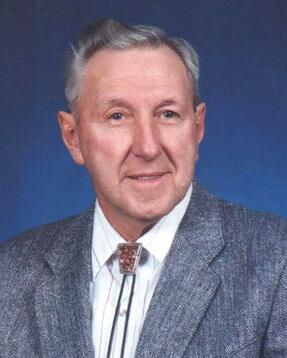 He was born June 10, 1927 in rural Gresham to Dietrich J. and Mina S. (Melford) Erks. On Sept. 3, 1950 he married Darlene Elinor Gocke, and to them three children were born, DeAnn, Verdell and Brian. Fred was a member of St. John’s Lutheran Church in Waco, where he held several church offices. He also farmed and raised dairy cattle.

He was a World War II Veteran, serving his country in the Navy Reserve in the Pacific Theatre between 1945-1946. He was a member of the Utica American Legion, Farmer’s Union, and was a York County Groundwater Board member for over 20 years. He enjoyed woodworking, golf, traveling and spending time with family.

Survivors include his sons, Verdell (Diane) Erks, of Waco and Brian (Donna) Erks of Lincoln; eight grandchildren; nine great-grandchildren (with one on the way); brother-in-law, Darrell (Peggy) Gocke of Waco; former wife, Wilma Jean Richters of York and several nieces and nephews.

Funeral services will be held at 10 a.m., Monday, Sept. 26, 2016 at St. John’s Lutheran Church south of Waco with Pastor Matthew Mau officiating.  Interment will follow in the church cemetery. Visitation will be held from 1-8 p.m. Sunday at the mortuary with the family greeting friends from 4-6 p.m. Memorials may be directed to the Lutheran Hour or St. John’s Lutheran Church.​