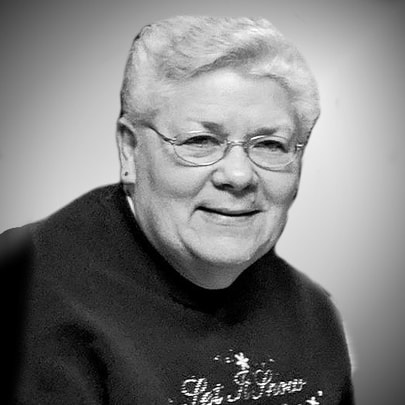 She was born on January 12, 1948 to Dennis and Esther Epp in York, NE and grew up on a farmstead south of Henderson. Upon her confession of faith, she was baptized as a member of Bethesda Mennonite Church on June 6, 1965, by Reverend John Gaeddert. After graduating from Henderson High School in 1966, she attended Nebraska Wesleyan University and graduated from Reese and Sybil College of Hair Design. On February 28, 1969, she was united in marriage to Robert (Bob) Wayne Friesen in Henderson by Reverend Walter H. Dyck. She and Bob served as counselors at Frontier Boys Village for troubled youth in Larkspur, CO from 1969 to 1971, and eventually moved to a farmstead two miles west of Henderson to build a life and family of their own. They were blessed with two sons; Evan Bradley, born in 1977, and Erik Lane, born in 1984. Florence enjoyed attending her sons’ school events and assisting with classroom parties and field trips. Florence held a variety of important roles on the farm including driving grain cart, helping with field work, and the often “unsung” tasks of providing meals and on-call transportation. She also created a full hair salon in the basement of her home, where she enjoyed providing haircuts for her family and also styled the hair of her mother, Esther.

Throughout her life, Florence was active in numerous roles within the church: teaching Bible School, leading Sunday morning children’s stories, volunteering at the Nebraska MCC Relief Sale, and most notably as an enthusiastic children’s Sunday School teacher. She loved pouring her creative energy into bringing Bible stories to life for young children through costumes, craft projects, felt boards, and a variety of other techniques. Florence’s wooden nativity set creation has been gifted to countless Bethesda children over the years, which is a tradition that continues to this day. In her earlier years, she also developed her skills in stained glass window design, working in her craft room and donating time and expertise to stained glass projects at the Hearthstone Chapel in York and the Bethesda Mennonite Church in Henderson. She enjoyed working in her yard, baking, crocheting, knitting, putting together puzzles, helping with concessions on race nights at Junction Motor Speedway in McCool, and pruning trees and shrubs at the Henderson Mennonite Heritage Park. Florence also loved taking Sunday “jaunts” with Bob where they would visit local towns and learn more about Nebraska’s history. They especially enjoyed road trips to western Nebraska, and Florence would tirelessly study maps and various other resources to plan their adventures.

Florence’s grandchildren were her pride and joy. She spent many hours reading books to them, designing fun craft activities, digging out old toys, and helping with 4-H projects. They all loved spending time with her, getting snacks, and she would often have a fresh batch of their favorite cookies waiting for them when they arrived. Holidays held a special place in Florence’s heart, and she enjoyed keeping traditions alive for her family.

​Florence was preceded in death by her parents, Dennis and Esther Epp, parents-in-law, Albert D. and Tina Friesen, and multiple aunts and uncles.

The family would like to thank the staff at Henderson Health Care, Legacy Square, CHI St. Francis, and Nebraska Cancer Specialists for the wonderful care they provided to Florence these last few months.

Graveside services will be held at 9:45 a.m. on Saturday, January 7, 2023 at Bethesda Cemetery northeast of Henderson. A Celebration of Life service will be at 10:30 a.m. at the Bethesda Mennonite Church in Henderson, with a meal to follow. The service can be viewed by going to https://bethesdamc.org/watch-live. Visitation will be held from 1-9 p.m. on Friday, at Metz Mortuary in Henderson, with her family greeting friends from 7-9 p.m. that evening at the mortuary. Memorials may be directed to Bethesda Livestream or MCC.