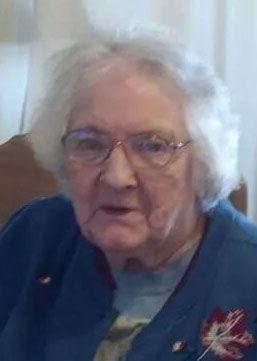 She was born January 23, 1934 near Benedict, NE to John S. and Mary Frances (Graham) Doak. Evelyn was baptized and confirmed at Zion Lutheran Church in Benedict and graduated from Benedict High School in 1951. She was united in marriage to Cordell Lewis on November 17, 1960 in Indiana.

Evelyn was a store clerk in various businesses and was a bookkeeper at Romans and Wiemers Accounting. She was a member of the Eagle’s Club in York, enjoyed country music, fishing, watching RFD TV, reading western novels, and was well known for her love of M&Ms. Her large family brought her great enjoyment.

Memorials services will be held at 2:00 pm, Wednesday, December 17, 2014 at the Metz Chapel in York. Private family inurnment will be at a later date. It was Evelyn’s wish to be cremated. Her family will greet friends at the mortuary Tuesday evening from 6:30-8 pm. Memorials may be directed to the family for later designation.​