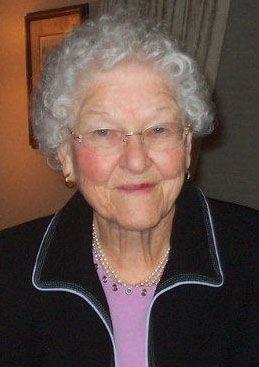 Evelyn Arlene Kaeding while at Hearthstone in York went to be with our Lord on Aug. 10, 2016.

She was born to Cecil and Roberta (Anderson) Chrisman Aug. 27, 1923. After graduation from McCool High School in 1939, the family moved to California. She married Merle Kaeding on May 9, 1942 in San Diego. She was a farmer’s wife, homemaker, mother, and was an active member of Zion Lutheran Church in Benedict.

Funeral services will be held at 3 p.m. on Monday, Aug. 15, 2016 at the First Evangelical Lutheran Church in York with burial in York’s Greenwood Cemetery. Visitation will be from 1-9 p.m. on Saturday and Sunday at the mortuary. The family will greet friends from 2-4 p.m. on Sunday. Memorials may be directed to the family for later designation.
​
Condolences may be emailed to Metz Mortuary Messages will be given to the family.