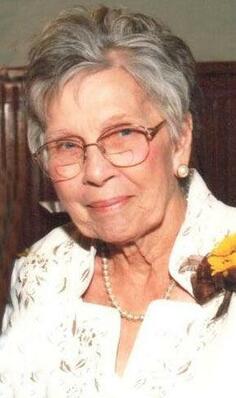 Evelyn was united in marriage to Owen L. Bedient on Oct. 12, 1947 in Clarks.  She attended the United Church of Christ in Arborville. She worked at the Nebraska Correctional Center for Women for approximately 10 years.  Evelyn served on the York County Fair Board and was a 4-H leader for many years. She enjoyed attending music festivals, farm auctions and her grandchildren’s activities. She also enjoyed playing cards, quilting and working in her garden.

Preceding Evelyn in death were her parents; daughter, Ann; four brothers and one sister.

Memorial services will be held at 2 p.m., Friday, Dec. 12, 2014 at the Metz Chapel in York.  Inurnment will be in the Arborville Cemetery, south of Polk.  The family will greet friends one hour prior to the service.   Memorials may be directed to the family for later designation.  ​