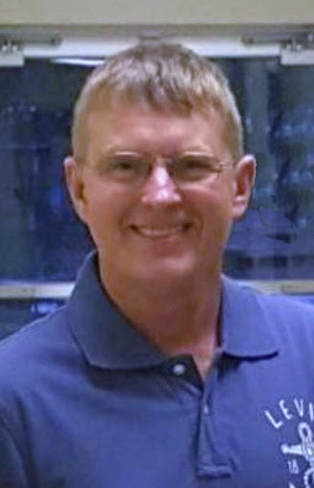 Eugene Robert Wiese, age 57, of Beaver Crossing, NE, died Saturday September 15, 2018 at Lincoln, NE. Eugene was born August 31, 1961 at Seward, NE to Lauren and Ann (Eklund) Wiese. He was baptized on October 1, 1961 and confirmed on May 18, 1975 at St. John Lutheran Church in Waco. He graduated from Centennial High School in Utica, NE. He then continued to work on his family farm and was also later employed at UTC Aerospace in York, NE. On June 27, 1986, he was married to Susan Peterson at Waco.

Eugene was very active in his church and had a strong passion for the Lord. He enjoyed  going on adventures with Susan, spending time with his kids and grandkids, working on his farm, biking, working out, and fishing. Family and friends were the most important to him, as well as working hard with his livestock and his strong faith in God.

He is survived by his wife Susan of Beaver Crossing, his daughters, Kiley (Tyler) Kapple of Lincoln and Abby (Andrew) Redfield of Utica, his sons, Connor Wiese of Waco and Noah Wiese of Beaver Crossing, his grandchildren Ashtynn Redfield, Blake Redfield, Dax Kapple, along with Macklin Kapple on the way. Also surviving are his sisters; Deb Osentowski of Lincoln and Janice (Dallas) Haynes of Raymond, NE, brother-in-laws, Craig (Amanda) Peterson of York and Colby Peterson of Lincoln, mother-in-law Linda Peterson of York, several nieces, nephews, and many good friends.

He was preceded in death by his parents and father-in-law Maynard Peterson.

Funeral services are scheduled for 10:00 a.m., Wednesday, September 19, 2018 at St Paul Lutheran Church in Utica with the Reverend Jon Dunbar officiating. Burial will be in St John Lutheran Cemetery south of Waco. Visitation will be from 4:00-8:00 p.m., Monday and then all day Tuesday from 9:00 a.m.-8:00 p.m., with his family greeting friends that evening from 6:00-8:00 p.m., at the mortuary in York. Memorials may be sent to his family for later designation.