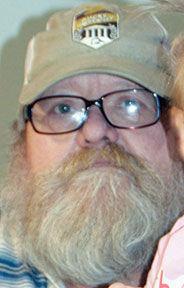 Eugene Delatour, long-time resident of Lewellen, passed away Friday, April 14, 2017 in his home in York.

He was born on May 8, 1953 in Lewellen to Eugene and Frances Marie (Kriha) Delatour, the youngest of four children. Like his father he was not given a middle name. He attended District 50, Lewellen Elementary and graduated from Lewellen Rural High School in 1971.

Gene, “Wiener”, was raised north of Lewellen on the family ranch. He lived the life of a cowboy and was an avid horseman in his early years. On Oct. 19, 1974, he married Dolores (Cutsor) and to this union three children were born. He spent many hours watching westerns and The History Channel. He loved talking to his children each day on the phone to see “what was up”. He also enjoyed phone visits with many other family and friends quite often. He loved rides in the country to check on the crops and any wildlife he could find. He had his moments as a father, but as “Papa” he shined. He babysat and taxied grandkids to and from school. He attended birthday parties and watched many sporting events, even a few dance recitals.

Gene is survived by his children, Tina Marie and husband Steve Hunzeker of York, Wesley Van Allen Delatour and fiancé Rochelle Earl of Newman Grove and Molly Beth and husband Pat Skomer of Lincoln; his grandchildren, Skylan Curnett of Omaha, Jaiden, Aleyah and Krynne of York and Willa of Lincoln; his brother, Van and wife Debbie Delatour of Lewellen; his sister, Jackie Delatour of rural Harrison; Butch and Pete Roberson who were like brothers; his AA sponsor, Jack of Norfolk; the mother of his children, Dolores Tague of Omaha; his faithful mutt Skeeter and many other relatives and friends.

He was preceded in death by his parents, Eugene and Frances Delatour and his sister, DyAnn Armstrong.

Per Gene’s wishes, he was cremated. A public memorial service will be held at the Ash Hollow Cemetery on May 30, 2017 at 10:30 a.m. Luncheon in Lewellen to follow.​
Condolences may be emailed to Metz Mortuary Messages will be given to the family.