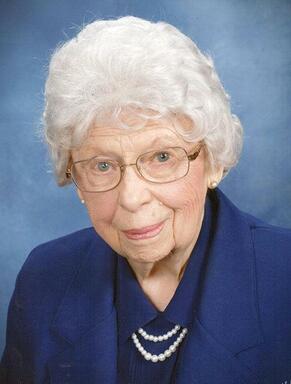 She was born Jan. 4, 1921 in McCool Jct. to Edward and Mathilde (Dinkelman) Markworth. She was confirmed at Peace Lutheran Church in Waco on June 17, 1934. She was united in marriage to Ervin Heiden on Oct. 5, 1941. The couple farmed together east of Benedict. Esther was later married to Kenneth Klute on Feb. 23, 1973.

She worked for Champion Home Builders in York in the sewing department, the Nebraska Center for Women and Grand Central Foods in the produce department. Esther was a member of Faith Lutheran Church and LWML in York. She loved to cook and enjoyed hosting family dinners for her family. She enjoyed working in her yard and taking care of her flowers and her garden. She loved watching the birds in her yard and collected anything to do with birds.

Esther was preceded in death by her parents; both husbands; son, Bob and brothers-in-law, Harry Maronde and Roy Holtzen.

Funeral services will be held at 10 a.m., Monday, Sept. 28, 2015 at Faith Lutheran Church in York. Interment will be in York’s Greenwood Cemetery. Visitation will be from 1-9 p.m. Saturday and Sunday at the Mortuary. The family will greet friends Sunday evening from 6-8 p.m.

Memorials may be directed to Faith Lutheran Church or Mission Central in care of Gary Thies, 40718 Hwy E. 16, Mapleton, IA, 51034-7105.​
Condolences may be emailed to Metz Mortuary Messages will be given to the family.