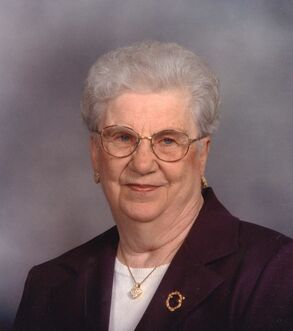 Esther was a member of Emmanuel Lutheran Church in York. She was a caregiver and babysitter for many years and also worked at Dale Electronics. She enjoyed crocheting afghans, playing cards, and visiting relatives.

She was preceded in death by her parents, both husbands, son Douglas Hayes, two sisters and their spouses Amanda (Dan) Noble and Elnora (Edgar) Alms, and brother-in-law Robert Battreal.

Funeral services are scheduled for 2:00 pm, Monday, December 31, 2018 at Emmanuel Lutheran Church in York with the Reverends Mike Neidow and Ben Kaiser officiating. Burial will follow at Greenwood Cemetery, York. Memorials may be directed to the family for later designation. Visitation will be from 1-8:00 p.m., Sunday with her family greeting friends later that afternoon from 2-3:00 p.m., at the mortuary.