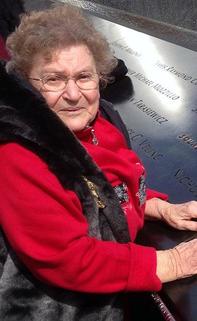 Esther was a long time registered nurse, but later in life also worked in daycare. She loved animals, and donated much of her time to York Adopt-A-Pet. Esther could take the most bedraggled plant and have it blooming in no time. Esther had an ear for music and enjoyed playing hymns on the organ and piano. She loved her family.

She is preceded in death by her parents, husband, and brother Winfred Haar.
Funeral services are scheduled for 2 p.m., Wednesday, Nov. 8, 2017 at Peace Lutheran Church, Waco with the Reverend Charles Ramsey officiating.

​Graveside services will be held at 10:30 a.m., Thursday, Nov. 9, at the Freeman Cemetery, Freeman, S.D. Visitation will be held between the hours of 1-8 p.m., Tuesday, Nov. 7, 2017 with the family greeting friends from 6-8 p.m., that evening at the mortuary in York.
Memorials may be directed to York Adopt-A-Pet.