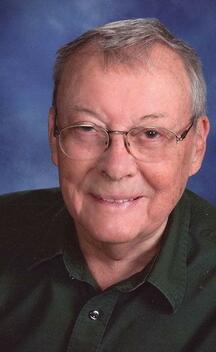 Emmett and wife Ardith were blessed with four children: Dennis, Dean, Dana and Dianne. Emmett was a dedicated father, grandfather and great-grandfather.

Emmett graduated from Phillipsburg High School in Kansas. He then attended Kansas State University and graduated with a degree in Agriculture. He was a lifetime faithful K-State Wildcat fan. Following college, Emmett served in the United States Army and was stationed in Germany. After his two years in the military, he moved to Long Island, Kan. where he taught Veterans on Farm Training for the next four years. During his time in Long Island, he met Ardith Brown and they were married on Dec. 15, 1951. They then moved to York where he was employed as Manager of Geis Irrigation Company. That company became the Scott-Hourigan Company in 1970. This multigenerational business is now managed by his son Dana Scott and grandson Zachery Scott.

Emmett believed that serving his community and others was extremely important. He was very involved in the Shriners and Masons in York where he was the past Grand Master. He served as Past Potentate of the Sesostris Shrine (Lincoln) 1990, as a member of Shrine Covered Wagon Club, past President of the York Chamber of Commerce, past President of Epworth Village, 60 year member of the American Legion and 50 year member of the York Methodist Church. Emmett had a love of flying and received his pilot’s license in 1973. He was an outstanding pilot accumulating over 3,000 hours of flight time for business and pleasure. He and Ardith enjoyed many travels together and especially trips with their RV Club.

He preceded in death by his parents; son, Dean Brown; daughter, Dianne Scott and his brothers, Glenn Scott and James Scott.
​
A Celebration of Life service will be held at 2 p.m., Monday, Sept. 18, 2017 at the First United Methodist Church in York with the Reverend Art Phillips officiating. Visitation will be held 1 - 8 p.m., Sunday with his family greeting friends that afternoon from 2 - 4 p.m. Private graveside services will be held at a later date. Memorials may be directed to Epworth Village or to the United Methodist Church Foundation.