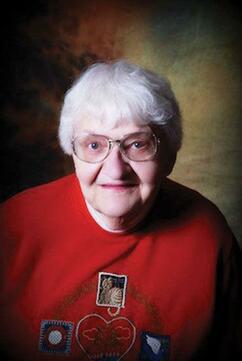 Ellen was united in marriage to Dale V. Simon on Sept. 16, 1951 in Norfolk. Their life together led them from Stanton to the Nebraska Sandhills  and later to the South Dakota plains. After her husband’s death in 1994, she moved to Henderson. She was a faithful Christian, wife, mother, writer, teacher’s aide, volunteer and friend to many. Ellen was a member of St. Peter Lutheran Church in Hampton.

She was preceded in death by her parents; husband; son, David; sister, Marilyn and brother, Marvin.

Ellen has been cremated and there will be no viewing or visitation.


A memorial service will be held at 10:30 a.m., Thursday, March 30, 2017 at St Peter’s Lutheran Church in Hampton, with the Reverend James Gruber officiating. Inurnment will take place 1:30 p.m., Mountaintime, Friday, March 21, 2017 at the Alliance Cemetery in Alliance.

Memorials may be directed to the Orphan Grain Train, Heartland Lutheran High School or Hampton Lutheran Grade School.​
Condolences may be emailed to Metz Mortuary Messages will be given to the family.