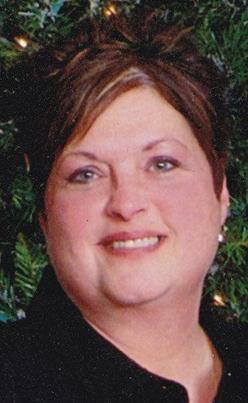 Elizabeth “Betsy” Lynn Winquest, 58, of York, passed away Nov. 14, 2017 in York.
Betsy was born in Orange County, Calif. to Philip and Gayle (Moomey) Towle on March 2, 1959. She went to high school at York High School and graduated in 1978. She went on to graduate from the College of Hair Design in Lincoln. She was the former owner of Heads Of Time. She was a member of the First United Methodist Church, York. She thoroughly enjoyed her family, especially her two grandsons, and her dogs.
Betsy is survived by her husband, Ron Winquest of York; son, Michael Winquest of York; daughters, Mallory (Alex) Bailey and Morgan Winquest both of Lincoln and two grandsons, Parker Friedrichsen and Jakson Christen and brother,Tom (Marsha) Towle of Malcolm.
She is preceded in death by her parents, Phil and Gayle and grandparents, Lynn and Alnetta Moomey and Everett and Helen Towle.
Memorial services are scheduled for 2 p.m., Wednesday, Nov. 22, 2017 at First United Methodist Church in York with the Reverend Art Phillips officiating. Inurnment will follow at York’s Greenwood Cemetery. There will be no viewing or visitation, as it was Betsy’s wish to be cremated. The family will greet friends at the York Country Club immediately following services. In lieu of flowers or plants, memorial donations may be made to Beautify Greenwood Cemetery in York, 1000 West 8th St., York, NE 68467 or to the family for later designation.