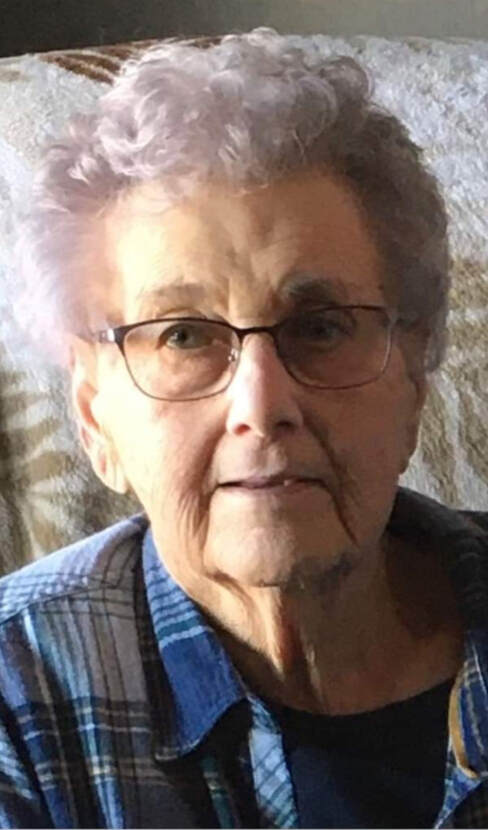 Elaine Frances Duerksen, age 85 of Henderson, NE died Saturday, February 19, 2022 at Henderson. She was born August 31, 1936 to Henry A. and Mildred (Kroeker) Epp near Henderson. Elaine was a member of the Bethesda Mennonite Church in Henderson. On October 8, 1954 she was united in marriage to Leo George Duerksen and they celebrated 67 years together.

Elaine was blessed with baking and woodworking skills. She always enjoyed baking, with Zwieback and cream pies being her specialty. Her children and grandchildren were blessed to be able to work next to her, building wood projects, making crafts, sewing and learning baking skills. She used these skills to make many items to sell at the Nebraska MCC Sale. She enjoyed teaching Sunday school for 30 years at Bethesda Mennonite Church.

She was preceded in death by her parents, husband and her brother Willis Epp.
​
Due to the expected forecast of wind chills -15 to -30 degrees and strong winds, the graveside service will be held at 9:45 a.m., Tuesday, February 22, 2022 at Metz Mortuary in Henderson, followed by a Memorial service at 10:30 a.m., at the Bethesda Mennonite Church in Henderson.  Visitation will be from 1-9 p.m., Monday at the mortuary in Henderson, with her family greeting family and friends from 6-8 p.m. that same evening. Memorials may be directed to Nebraska MCC sale or Bethesda Mennonite Church. The service will be webcast live on the church’s website at http://bethesdamc.org.