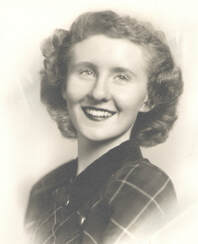 Eileen Foley, also known as Eileen Foley Romanelli, of Havertown, PA, died Tuesday, September 11, 2018, in New York, NY. She was a trail-blazing woman, working outside the home in a male-dominated field at a time when that was rare. She was a reporter for The Hutchinson (KS) News before relocating to Philadelphia where she was a feature writer for The Philadelphia Bulletin, interviewing many of the most famous figures of the time, including Grace Kelly and Queen Elizabeth II. In August of 1968 she married Philip J. Romanelli in Philadelphia, PA. She later taught journalism at Kansas State University, then created and headlined Foley’s Forum, a local access cable TV show. She was a long-time Havertown resident where she sang in the Sacred Heart choir for more than 30 years, and a past President of two chapters of Women in Communications.

She is survived by her son Philip F. Romanelli, daughter Elaine F. Romanelli (and son-in-law Christopher L. Mindrum), and sister Frances L. Keffer along with her beloved first cousins and many other cousins, nieces and nephews. She was preceded in death by her parents, her husband, her brother Leo Foley, and sister Esther Elaine Foley.

A Mass of Christian Burial was held on September 15 in McCool Junction, NE, and a memorial Mass will be held this Saturday at Sacred Heart in Havertown, PA at 2:00 PM.