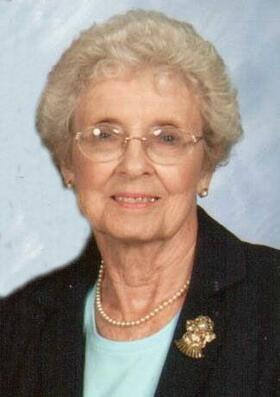 She was united in marriage to Kenneth W. Gloystein on Nov. 30, 1947 at St. Paul Lutheran Church in Utica. Edith was a member of Emmanuel Lutheran Church in York, LWML, and Farmerette’s Home Extension Club. Edith enjoyed cooking, sewing, gardening, sports and travel. She loved to spend time with her grandchildren and great-grandchildren.

Left to cherish her memory are two sons, Jerry (Joyce) Gloystein of Kearney and Larry (Diane) Gloystein of Lincoln; grandchildren, Amber (Jake) Messersmith and their son Drew of Kearney, Aimee (Lucas) Berndt and their children, Mallory and Will, of Kearney, Tom (Lisa McHargue) Luebbe and their daughter Laura of Lincoln, Dawn Luebbe (Jeff Roberts) of Los Angeles, Calif. and Ginger Gloystein (Casey Muraton) of Seattle, Wash. Also surviving is sister, Carol Stauffer of Milford; brother, Howard (Marvene) Wurst of Milford; sisters and brothers-in-law, Floyd (Virginia) Gloystein of York, Harold (Geri) Gloystein of Arvada, Colo. and Elaine Gloystein of Davis, Calif. She was preceded in death by her parents, husband and sisters, Lela and Doris.

Funeral services will be held at 10 a.m. Saturday, Feb. 28, 2015 at Emmanuel Lutheran Church in York. Interment will be in York’s Greenwood Cemetery. Visitation will be from 3-9 p.m. Thursday and from 9 a.m. - 9 p.m. Friday at the mortuary. The family will be present to greet friends Friday evening from 6 - 7:30 p.m. Memorials may be directed to Emmanuel Lutheran Church, LWML or the York Community Foundation.​​