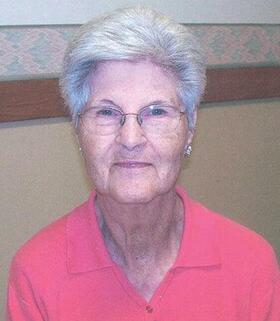 Edith is survived by four children: Steve (Diane) Buller and Kathy (Ron) Siebert all of Henderson, Denise (Dennis) Olderbak of Munich, Germany and Larry Buller of Lincoln. Also surviving are seven grandchildren and eight great-grandchilren. She was preceded in death by her parents; husband; son, Douglas; two brothers and four sisters.

Graveside services will be held 9:45 a.m. Friday, Oct. 17, 2014 at Bethesda Cemetery followed by memorial services at 10:30 a.m. at Bethesda Mennonite Church in Henderson. Visitation will be from 1-9 p.m. Wednesday and 9 a.m. - 9 p.m. Thursday at the Metz Mortuary in Henderson. The family will receive friends Thursday evening from 6:30 - 8 p.m. Memorials may be directed to Grace Children’s Home.​