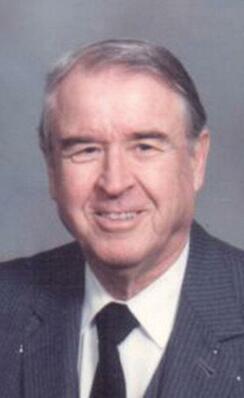 Earl Lloyd Redding, age 94, of York, went to be with his Lord on, Saturday, Aug. 5, 2017 at York.
He was born to Earl and Irene (Streit) Redding at Auburn on Oct. 31, 1922. On May 9, 1947, he was united in marriage to Bonnie Gray. While in high school he was active on the football, and basketball teams where he was a captain. He was a member of the VFW, British 8th Army Veterans Association, and was a past Commander of the Nebraska WWII China-Burma-India Veterans Group, and was an Admiral in the Nebraska Navy.

On January 14, 1941, he enlisted in the Army Air Corps, where he served as a B-25 Flight Engineer and Gunner, with the 12th Bomb Group. He served his country in Egypt, Lybia, Algeria, Tonisia, Siciliy, Italy, Burma, and China, until March 30, 1945. The highlight of his military service was taking a trip through the Holy Land, while stationed in Egypt. Earl rejoined Active Duty during the Korean Conflict, serving in India, Korea, Japan, Laos, and Thailand, until medical retirement as a cancer survivor in November of 1966. He continued working for the Air Force as a civilian in logistics at SAC, in Omaha. He worked as a SMC Representative for the Pentagon, USAF Aircraft and Missile Logistician, and served on the Equipment and Facility Board. He retired on April 1, 1983.

After enrolling at the University of Nebraska, Omaha, he joined the Nebraska Air National Guard as a Charter Member, and earned his Bachelor’s Degree from the College of Engineering and Technology.
​
He is survived by his wife, of 70 years, Bonnie of York; his brother, William Redding of Sequim, Wash.; several nieces, nephews and a number of dear friends.

Earl is preceded in death by his parents and two sisters, Mary Francis and Ruby Thornton.
Graveside services will be held 10 a.m., Wednesday, Aug. 9, 2017 at the Arborville Cemetery near Polk with the Reverend John Hawkins officiating. There will be no visitation. Memorials may be directed to the Arbor Drive Community Church, or to your own church.