Earl spent his entire life farming.  He was a member of York County Pork Producers and served on the York County Extension Board and 4-H Committee.  He also drove the school bus for Bradshaw Public Schools for 25 years.  Earl was a member of the Bradshaw and York VFW, where he had served as District Commander and Quartermaster for the Bradshaw Post 1450.  He served as an elder and deacon in the church for several years, and as moderator of the Homestead Presbytery.  He was currently a member of the First United Methodist Church, York.  Earl and Joan volunteered together at the Blue Valley Food Pantry for many years.  He loved sports and reading, but his biggest love was his family and attending all of his grandchildren’s events.

He is survived by his daughters:  Cheryl Gruntorad of Sheldon, IA, Gayle (Rick) Chrisman of York, Kim (Tim) Smith of Lincoln, and Sue (Steve) Gottula of Benedict, NE.

He was preceded in death by his parents and his wife Joan.

Funeral services are scheduled for 2:00 PM, Friday, May 18, 2018 at the First United Methodist Church in York with the Reverend Art Phillips officiating. Burial with military honors will follow at Greenwood Cemetery, York. Visitation will be held from 4:00 – 8:00 PM on Wednesday and 9:00 AM – 8:00 PM Thursday, with the family greeting friends from 6:30 – 8:00 PM Thursday evening at the mortuary. Memorials may be directed to the First United Methodist Church, York, or to the Alzheimer’s Association. 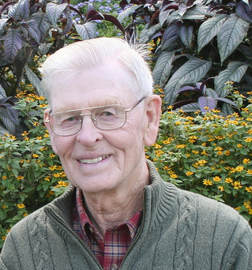